So, the other day we (my husband and I) completed two years (time flies!) of being engaged. It is not like I celebrate our monthly anniversary but we somehow remember the day of our engagement.

Not many people know that while my parents were looking for a suitable match for me I had asked them to find a family who would let me cook chicken for cooking chicken is not allowed at my place *HUMPH!*. And during my postgraduate days I enjoyed experimenting and creating various dishes with the white meat.

Now, my husband absolutely loves home cooked chicken. And, since I never shy away from doing something special, I decided to cook my husband a chicken curry to celebrate two crazy years of our engagement.

Just the other day I had heavy food during the first half of the day. I was planning to skip dinner but since I prefer eating something light over skipping a meal altogether I started brainstorming for dinner menu ideas. I was still thinking when I noticed the assorted vegetables sitting in the refrigerator shouting out to me to use them. And that is how I zeroed in on making myself some vegetable clear soup.

The summer is here and it brings with it the most common problem; tanning. I come across various solutions for this problem in beauty magazines and online sites but some remedies work and most of them fail. Since I have grown up with a grandfather who looked no less than a model in his youth, I have always been updated with easy to follow beauty tips at home to maintain the charm.

So I thought to bring my readers some respite by sharing the home-remedies for tanning that I have tried, tested and seriously swear by.
Read more »
Posted by My little Diary at Friday, April 18, 2014 2 comments:

Like I promised in my previous post about Shri Bankey Bihari Ji Temple, Vrindavan I am now sharing my experience about the local food and shopping.

My husband had a friend’s bachelor party to attend over the weekend. It was the perfect opportunity for me to visit my parents, since he had to cross my zone.

Now my family already had plans of a day trip to Vrindavan on Sunday. Since I had not visited Vrindavan in a long-long time I decided to go with the flow. I mean I decided to tag along with my family for the day trip.

I had really not planned to write a post today till I met Khushi, my husband’s eleven year old cousin and my youngest sis-in-law.


I celebrated ashtmi (the eighth day of navratra) today but those of you who celebrate navmi (the ninth day) would still be fasting and so today’s post is just a tiny bit of help from my end to assist you decide the menu for dinner. The help is called tikkad.
Do not mistake them with tikkis (cutlets).
Read more »
Posted by My little Diary at Monday, April 07, 2014 No comments: 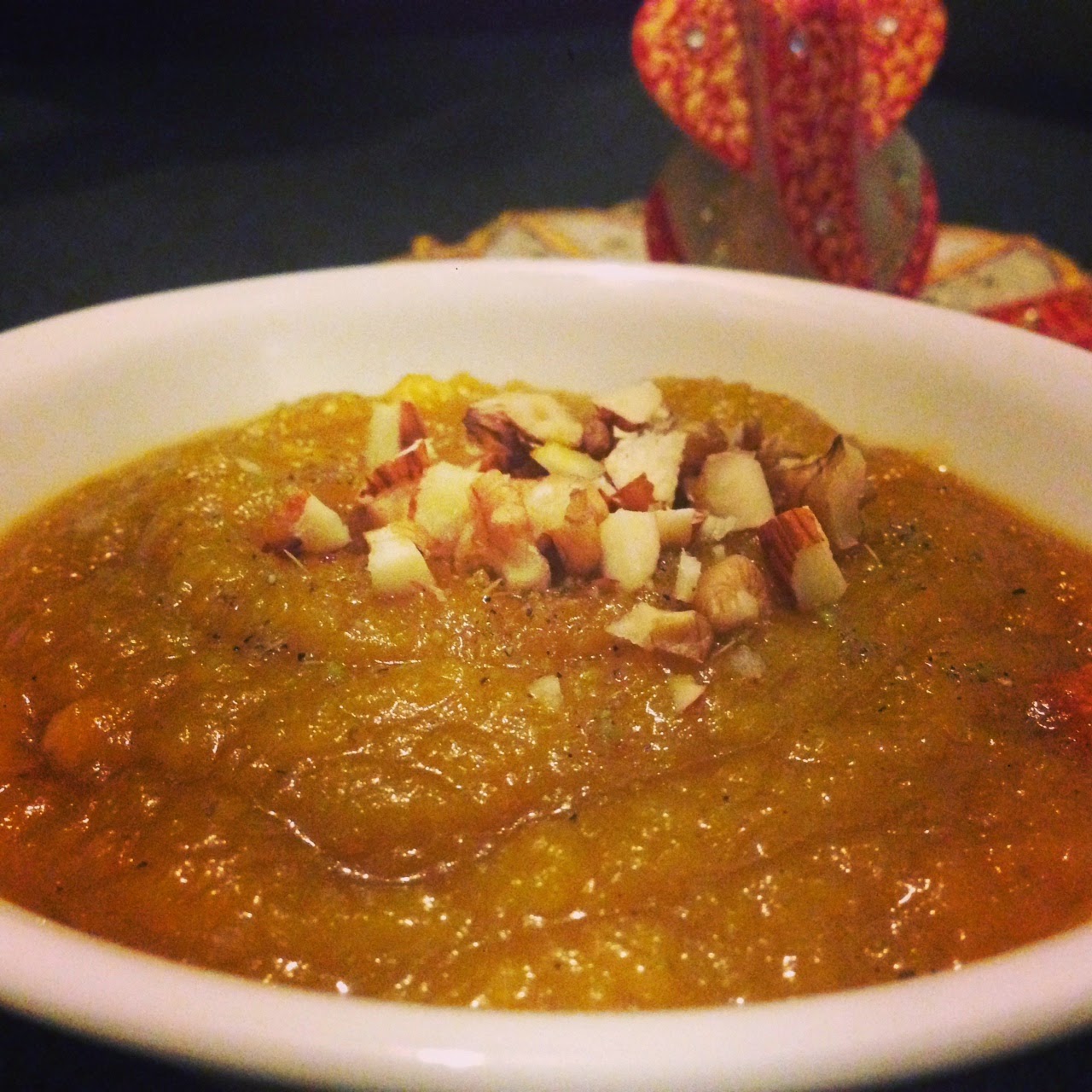 I have always enjoyed my mom’s cooking and one major reason behind it has been her keeping it healthy. The butter and ghee (clarified butter) is avoided wherever it can be. Every navratra before I got married I used to binge on the kaddu ka halwa (close to a pumpkin pudding) she used to make for us. It was extremely plain and simple; no nuts and yet I was in love with that simplicity; the smooth blended texture that used to just melt slowly and give itself away to my taste buds once it touched the tongue. And the best part about it was that it was made in just a spoon and a half of ghee and yet looked and tasted so luxuriously rich.
Read more »
Posted by My little Diary at Saturday, April 05, 2014 No comments:

While some people choose to abstain from non-vegetarian food and alcohol during these nine days the others are forced to do the same, like my husband :p…(I am probably going to get killed for putting this down). Nonetheless, I love him for doing this solely for the faith I have in God (butter butter butter!!!).

Every year I generally fast for two days out of nine but this year I have chosen to fast for all eight days, The Eighth day because we celebrate ashtmi (the eighth day) instead of the navmi (the ninth day). Since most of us are confused about what to cook for a meal during these days, I thought of sharing what I cooked for myself last night. It was the sabudana (sago) kheer.
Read more »
Posted by My little Diary at Thursday, April 03, 2014 2 comments: