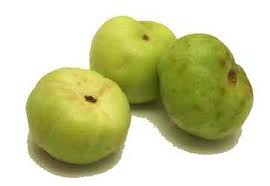 my mom has always been modest when asked about her cooking skills. but i for a fact know that she has always been amazing and has only got better over the years. she keeps experimenting. she tries to make a new and different version of the old styled conventional dishes by adding some or the other twist to them.

since i have got married, everytime i visit home i want her to make one of her signature dishes which would not taste the same had anyone else cooked them. and one of such dishes is sookhe masala tinde (dry spiced Indian round gourd ). now, generally people make tari wale tinde(with gravy) or bharwan masala tinde(round gourd stuffed with spices). it can vary to the extent of being cooked with dal (lentils). but the variation i love to devour is the way my mom cooks it.

this afternoon when my mother-in-law asked me if we will have have tinda for dinner, i replied with a firm "yes" (i am not very picky when it comes to vegetables and fruits). and then the image of my mom-cooked sookhe tinde flashed in front of my eyes and i said to my MIL "mumma i wish to make the tinda today, it will be a little different", she being supportive agreed.

now for your information, i had never tried making my mom's special tinda on my own. so, i was just hoping that they don't turn disastrous. i did remember the recipe but to be absolutely sure i gave my mom a quick call and to my surprise she was also making the same thing for dinner(why couldn't she just send some...huh!).

anyway, so the clock struck 6 in the evening and i started my work on the dish. i quickly peeled and diced the tindas, got the ginger garlic paste in place and blended three tomatoes in the mixer. i had put the wok on flame to heat and added oil to it. now the special ingredients my mom uses are(sorry mom i am letting your secret out) coriander seeds and fenugreek seeds. i added these to the hot oil followed by the ginger garlic paste. i then tipped in the diced tinde and sauteed them for a minute or two. after this, went in the pureed tomatoes and some chopped green chillies. i covered the wok with a lid (so that the veggie turns soft). a few minutes later i added the spices (coriander powder, garam masala, red chilli powder, turmeric powder and salt), gave it all a good mix and covered the wok again. after waiting impatiently for sometime i checked the veggie if it was soft enough but it wasn't. for a brief unnerving moment i though to myself  "i have screwed up the dinner for everyone" but then shedding the negative thought quickly and keeping my calm i sprinkled some water on it and had put the lid back on. when i removed the lid finally the tomatoes had been cooked and reduced perfectly while the veggie was just as soft as i had wanted them to be(big smile). i did a taste test and then garnished it with some fresh chopped coriander, waiting for everyone's verdict on it.

the verdict:
papa: it is nice but oil kam hai (oil is less)...(he loves oil and butter but i like to keep a watch on the health aspect :p)
mumma : ache bane hain (they are good)
husband: they are different (i told you he likes giving vague answers *eyes rolling*)
sister-in-law: yum!

so the sookhe masala tinde were a success and ALMOST the way my mom cooks them. talking about my take on it, i liked them a lot but they missed something: the quintessential touch of my mom's cooking.

p.s: my husband hates the fact that i am posting about a TINDA(hahaha) 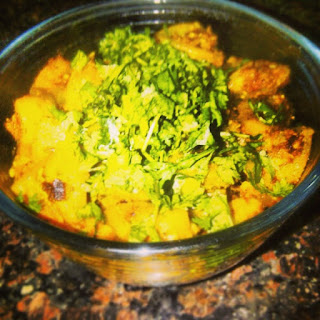