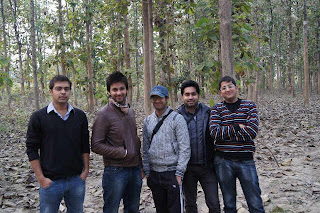 when a girl gets hitched specially in an arranged set up she is quite apprehensive not just about the new family but also about the new social circle she will have (read: husband's friends). so was i. but all my doubts vanished in thin air immediately after i got fixed.

for starters my husband did an amazing thing to get the ice broken between me and his friends. his friends were on my BBM list even before i had met them. after we got engaged and the marriage was announced officially his group of friends organized a dinner specially to welcome me into the group. now, the group has a name; they call themselves " the killers".

let me provide you with a brief background of the gang. a very reliable source has told me that the killer name came from a sticker they once had on their cars. never would they have thought that the name will  become such a prominent part of their lives.

the group started with four to five school going boys riding high on their teens. the number of members increased over the years. my husband became a loyal member of the group around six to seven years back and got promoted to the senior level in the last four years :p. the phrase "a friend in need is a friend indeed" stands perfectly true for these boys. they are more like brothers than friends.

coming back to the welcome dinner that was hosted by them in my honour, it was simply great. thanks to my husband's genuine endeavour of facilitating the interaction between us, it did not feel that i was meeting these boys for the first time. they came across as amiable and fun loving people. we had a good time chit chatting, bantering and knowing each other better (their monikers were disclosed to me :p). that evening i became certain of the amazing times waiting ahead.

even though i am the youngest of the boys the status of my relationship is higher; BHABI(sister in law). being the first bhabi of the group , i must say i feel quite privileged. when a plan is being made, i am approached first, that is another thing that the final yes/no comes from my Mr. with special treatement comes some responsibility. there are times when i try to mellow down their craziness and at other times i become a part of it :p. these boys are protective of me like brothers. there have been times when i was the only girl when the group was meeting up but these guys made sure of keeping me in the loop instead of going gaga over their boy talk.

since, i have mostly had a mixed friend circle when it comes to gender, the experience of being with all these boys has been quite different (obviously in a pleasant way). they let me feel like an equal in the group (besides a few times when i am given more importance than my husband ;p) and i like it. from playing darts to ps3, it is all so much fun. the kind of fun i had never had before. thanks to these guys my husband accompanied me to a horror movie.

luckily i got the membership quite easily (courtesy: my husband). i feel fortunate to be a part of " the killers". i am looking forward to enjoying better times ahead.

P.S.: the killers should know that they are no more just my husband's friends but are my friends too now :D

P.P.S. : there was no picture with the entire gang. so the missing ones, please don't mind.