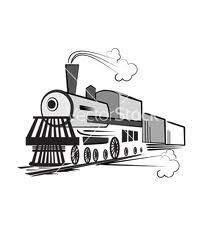 Me and my husband had been planning a trip to jalgaon and mumbai for three months now. To the former for work reasons and the latter for leisure. However, we did not get the flight tickets booked in advance since the plan was still cooking on low flame then.

Only three days prior to making the actual journey the trip was confirmed. Our train tickets were done in tatkaal. I was making a train journey after ages, not that I always fly but since the recent trips have been up north, road journeys have always been preferred.


the train journey brings back memories of school trips. We used to generally travel in sleeper class. It came with the chaos of teachers getting all the students in place,students fighting for the window seats and choosing the berth of their choice. But that chaos is now missed. We used to stretch our legs to the opposite berth cover ourselves with a sheet and played the games of cards, snakes and ladder accompanied by binge eating. Everyone used to open their tuck(the food treasure) and share chips and biscuits and the warm coke that was far from chilled. There were antaakshari sessions with rival groups taunting each other using the right song as the sharpest weapon(lol). Train journeys remind me of all that craziness, now leaving a smile on my face.

So as much as I was apprehensive about making this train trip after ages I was equally looking forward to it. Unlike the school days I was traveling in AC but it was still a journey made by train.

So on monday afternoon we boarded Goa Express to jalgaon. Me and my husband got settled in our seats. one will always find a unique mix of people when you are traveling by train. Opposite our seats was a family with four kids. A man with his sister and wife, his sister's kids and his own kids. I pity the poor man, he was given the charge to take the kids to the loo (4 kids using the loo atleast twice during the journey means 8 trips to the loo. Whew! This is just the lower ceiling). Anyway, then there was a typical white collared job guy with his laptop switched on pretending to be extremely busy surfing the net. Then there were people boarding the train from different stations and asking for favours to change their seats.

The moment we had entered the train, the pantry guys started with more than regular rounds of vada pav, bread omlette, freshly fried samosas and excessively sweet tea and coffee. the list is endless. I swear there came a point when my husband stopped one of these guys and said " bhaiya baith jao, ab thoda araam karlo(please sit down and rest for a while now)". But they went on till people switched their lights off at 11 and finally went off to sleep.

During the eight hours of our active journey( the other seven hours were spent sleeping), we had also crossed madhya pradesh. Now not all know but I was born and brought up in gwalior(mp). So crossing the chambal by train brought back childhood memories. throwing a coin in the chambal river is a ritual people from mp follow, which my husband failed to understand(the pantry guy did :p). My husband in his usual hilarious chit chatty way told the pantry guy "madam bhi m.p. Ki hain". the lanky pantry boy smiled back.

We woke up at 7: 30  the next morning with the hoarse voice of the pantry man selling tea and coffee.  By 8 we were all set to get down at the desired station of jalgaon. At 8: 45 the sleepy laid back town and the light drizzle of jalgaon welcomed us and brought our train journey to an end.

I had thought this post would end with the one sided train journey not knowing what was in treasure for us the next morning.

The next day we had to board GKP Lokmanyatilak to mumbai scheduled for 10:40 am. Unfortunately the train got delayed by 3 hours. It irked me and my husband to the core as we had a friend's birthday party to attend the same night in mumbai(I was worried about getting ready in time :p).  after loitering around at the jalgaon station for the longest three hours of my life, the train arrived.


The initial two hours of the journey were spent wearing a sulky face. Then I looked out of the window and the scenic beauty mesmerized me so much that me and my husband spent good two hours standing at the door near the loo enjoying the rain and the lush green views.
My anger vanished into the the pouring rain.


Since my father in law had mentioned the big sized jamuns of maharashtra, I tried them when the train stopped at the igatpuri station. my husband got the most fulfilling meal of a samosa pav while i was enjoying the jamuns given in a cute little basket made out of leaves. We devoured our samosa pav and also got them for our fellow passengers, two old men who had worked in mumbai for a long time, but now retired. the remaining two hours flew replying to our friends' calls figuring out the party's plan.

even after all the odds we faced during this journey, it will always be remembered. not for the delay we faced and the trouble it caused us but for the captivating beauty of nature that is now etched in our minds forever. at 8:30 pm we got off at the thane station, all pepped up for our stay in mumbai.

the train journey from mumbai to delhi was the last and final leg of the trip. it came with its own confusion and conundrum. i say this because we were supposed to board the rajdhani on the 6th of july, however our train tickets weren't confirmed. a bit of negligence on our parts ignored the "waiting list" status and we reached the station loaded with our luggage. however, on reaching  the bombay central station we we were more than disappointed realizing we could not board the train( as the next train would be confirmed for the 8th of july and it was my husband's birthday. now the first birthday after marriage that too in a train, i was heartbroken for i could not surprise my husband the way i had planned). we had to go back and the mumbai trip was stretched for another day.


on the eve of 8th july, me and my husband finally boarded the rajdhani express to delhi (not knowing there will be more than one reason for us to remember this train journey). it was my first experience with rajdhani and i must say i liked it. one does not get to know about the sixteen hours long journey because half of it is spent eating and the other half sleeping. the moment you settle, they start serving you with refreshments followed by tea. then around 7 in the evening comes the soup and at 8 the dinner is served. not to miss the following dessert. being in good spirits i was kidding with my husband that he could not have given me a more lavish birthday treat.

this time we had the company of two middle-aged men (from mumbai) and a teenager(from delhi). we made good conversations. we discussed about the industrial areas passing on the way. then there was a healthy discussion about the pros and cons of the two metropolitan cities( delhi and mumbai).

now another feature (another reason why i will not forget this journey) of this journey was a lady with her dog. now as per the system one is supposed to get a ticket for the dog and book a first class ticket. this woman got the dog in the 2nd AC without a ticket. to beat everything, the dog was not even in the cage( i am glad it had a leash). it was a pomeranian, and as true as its name held for it appearnce, it did not hold the same for its behaviour. she was calling it barfi(pic below) at the top of her voice. everytime a passenger passed, it used to get charged up and barked. we tolerated it thinking the T.T would come and handle the situation but shockingly he had let her get away with it. songs being played on her mobile at the maximum volume and the "barfi" yammer was getting beyond bearing now. when the train halted at the vadodara station, an elderly man and few others objected to the chaos being created and the rules being broken. finally the problem was taken care of and she was asked to leave the compartment.


at 8:30 am we reached our final destination, bidding a friendly goodbye to our fellow passengers. as we stepped down the train, we had the delhi's sunny sky welcoming us back home.


P.s after all these years I must say these train journeys were quite an experience.
Posted by My little Diary at Wednesday, July 10, 2013